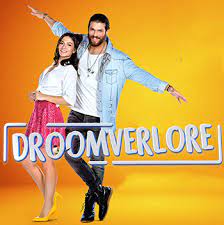 It’s also going to air on eExtra, as an omnibus on Sundays from 15h20.

It tells the story of Sanem, who has to make a no-brainer decision in her quest to become a famous writer.

When her parents give her a choice to either get a proper job or enter into an arranged marriage, Sanem rushes to get a job as an intern at the advertising agency her sister Leyla works at.

There she gets into adventures with the boss, Can, starting a chain of events that end up with her falling in love with him.

All this happens to a backdrop of Cain and Abel, stirred with espionage.

Can’s brother Emre wants to be boss of their family company but their father Aziz chooses Can. Emre believes he should be in charge instead and plans to make Can fail.

Add Emre’s competitive ex-girlfriend to the mix and a corporate spy in the company and Sanem finds herself navigating a world of trouble.

Can she make it out with her heart intact?

Demet Özdemir stars as Sanem and Can Yaman portrays his namesake Can.

These are the first teasers:

Sanem is a young graduate with big dreams. One is to become a successful and serious writer, the other is to live in Galapagos.

After much persuasion her sister Leyla introduces her to the advertising agency where she works. Sanem starts as an intern.

Aziz asks Can to take over the company while he’s on extended leave. He’s worried about Emre’s conflict of interest. Can is reluctant as it will interfere with his passion and talent for photography.

When Aziz goes on an important trip, he places Can in charge of the company. Can and Sanem have an unusual encounter which turns their world upside down.

After their father’s departure on an extended vacation, Can has taken his place as head of the company, much to Emre’s dismay. Can asserts himself from the start and embarks on a mission to unmask the corporate spy.

Because of Emre’s hold on Sanem, she gets deeper and deeper into trouble. A feud between Aysun and Mekvibe leads to Mekvibe giving the family a cold shoulder.

Mevkibe’s stubborn silence is worrying to her family. Leyla reveals the shop’s dire financial status to Nilhat. Emre’s power struggle with Can in the company continues. Can tries very hard to woo Sanem, but the big engagement ring on her finger remains a deterrent.
Monday 17 January 2022
Episode 6

Sanem goes to crazy lengths to make sure that everybody knows her name. Deren is relentless in her pursuit of Can.

Can arranges a braai at their house for the staff. During the party, after a conversation with Emre, Sanem falls into the pool. While drying her clothes, she finds herself caught semi-naked by Can in his bedroom.
Emre keeps threatening Sanem to help him sabotage Can.

Sanem tries her very best to keep the beautiful Arzu Tas away from Can during a weekend away, and in the process, chemistry erupts between Sanem and Can. Muzaffer’s fear of needles leads to mirth and mayhem.

In spite of all her efforts to avoid Can meeting with Arzu Tas, they eventually talk. Can convinces her to post an embarrassing photograph, which Aylin uses to blackmail her. Sanem’s final effort to scuttle the talks results in triggering a fire alarm. Leyla’s state of mind deteriorates.

Sanem makes a devious plan to prevent the beautiful Arzu from getting her claws into Can. It’s Muzaffer to the rescue in order to save Nihat’s shop, but Mekvibe also has a trick up her sleeve to help her hapless husband.
Monday 24 January 2022
Episode 11

Ayhan and Muzaffer hatch a scheme to ask his mother, Aysun, for a portion of his father’s inheritance to help Nihat reclaim his grocery shop.

Emre engages Sanem in an attempt to scuttle the corporate audit for a lucrative new contract. Metin suspects Can’s affection towards Sanem and the ‘mouse’ is released in the office, causing mild panic.

Sanem’s family is still traumatized by the loss of their shop, and she and her sister decide to take revenge. Muzaffer and Ayhan discover that he might just have a great future, while Metin convinces Sanem to go on a photo shoot with a brilliant photographer, all in the name of charity.

Can takes photos of Sanem to use for his campaign for empowerment of women. Fabbri hosts a party to announce who is going to represent his company and the decision gets changed once he meets Sanem.

Can shows signs of jealousy when he whisks Sanem away and takes her to his weekend chalet in the woods.

After Can pays Ihsan a visit, the store is once again in Nihat and Mevkibe’s possession. Great confusion abounds when Cengiz spreads a rumour about Can and Sanem being engaged and Fabbri decides to celebrate with the happy couple.

But, as Sanem learns that Can has a girlfriend, she fabricates a fiance and the plot thickens.

It’s time for the motivation camp! All the big names are there. Osman and Leyla need to sell their engagement to the whole camp whilst Sanem and Can must sell their own fake relationship at an important dinner.

Can they keep up with their own lies? Not if Muzaffer has his way.
Monday 31 January 2022
Episode 16

At the motivational camp, the sparks fly yet again between Sanem and Cem. Sanem is convinced to declare her love for Cem – even if it means losing her job. However, Sanem’s plan to come clean seems to be interrupted by a visit from Muzaffer and unfortunate news about Can.
Premiere episodes of Drooverlore air on e.tv from Mondays to Fridays at 17h30. The omnibus airs on eExtra on Sundays from 15h20.