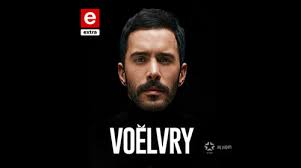 Kuzgun is devastated by the death of Kesik and leaves no stone unturned to take revenge when he learns that the killer was an assassin.
Monday 4 October 2021
Episode 11

Seref and his driver are about to arrive with a well thought out plan to kill and destroy the lives of Rifat and his family. And after everything, Bora needs to make a difficult moral decision about a loved one.

Bora and his family must deal with the death of his father. In the meantime, a nosy journalist is on everyone’s case and doing a good job of finding some missing links.

Dila opens an emotional can of worms when she knocks on the door of her childhood. She visits Meryem, and gets taken on a journey into her past where everything started, including her relationship with Kuzgun.

Rifat receives a gift that might just save him from time in jail, and Bora gets one step closer in finding his father’s murderer. This is probably going to end badly.

Bora gets hold of crucial information regarding the death of his father, he spirals out of control and sets his eyes on the loved ones of his enemy. A game without any winners.
Monday 11 October 2021
Episode 16

Kuzgun gets taught a very expensive lesson. This time he pays in friendship, family and loyalty. His mother is caught in the webs of Bora’s revenge, Dila learns the truth and Dervis gives him a way out.

Whilst Kumru and Kuzgun fight like siblings, the search for their mother continues. Kumru gives Kuzgun a piece of her mind, and heart … and Dila gives Rifat an ultimatum.

Dila reveals her true character in court, and it’s not what anyone expected. She’s not the only one with flaws though, because this time around it’s Kumru with the secrets – and it gets out, by accident.

Kumru gets one letter closer to the truth of her late father’s correspondence with a mystery friend. Rifat feels betrayed by his own son, but his son feels the same and goes into action.

Dila gives Kuzgun her assets – on one condition. He needs to leave. Bora’s plan for revenge gets fueled by Sermin and Ali finds out about Kuzgun’s brother now working for the company.
Monday 18 October 2021
Episode 21

Rifat is arrested and the family is shattered. Dila falls apart. Rifat has two suspects only – Kuzgun and Bora. He implores Dila to help him get behind the truth and get him out of jail.. Meryem sees Dervis, with mixed results.

Rifat is trying to make peace with the fact that he’s in jail. Dila tries and soothes him with promises of freedom. Kuzgun gets tricked into eating his mother’s food – it sets him off.

It’s d-day for Rifat in court. Dila tries her best to keep her father out of jail, whilst Kuzgun and his family want justice to be served. Bora seems to be the next chosen one after Rifat is gone.

Dila is shattered when she’s ostracized by her family and confronts Kuzgun, who treats her with the utmost disdain. Kuzgun visits Rifat in prison and doesn’t pull any punches.

Dila accepts the invitation and meets up with Dervis. This news upsets many people, especially Rifat. From jail, Rifat tries to send his daughter an important message. He needs his son to be the saviour this time.
Monday 25 October 2021
Episode 26

Kuzgun gets a near impossible task to complete, but fails to comply – a life or two are at stake. Bora gets to meet the real Behram Adivar. Kumru comes face to face with her enemies and gives him an ultimatum of her own.

Kuzgun holds Ali hostage to get Dila to marry him, which she does, but more through being coerced by Kudret than any other reason. Kartal scores brownie points with Ali.

Kuzgun and Dila do the unthinkable and need to convince the whole family of one big lie. Cihan finds himself in the middle of a war, and it almost costs him his life. Rifat disowns his daughter.

It’s D-day for Kuzgun and Dila. They need to convince the family of their love for each other. Fusun finds out that Kuzgun lied to her about her brother, and sides with his enemy.

The aftermath of Kuzgun and Dila’s wedding night is a dismal affair, but Kudret gets closer to the truth. Kartal gets rid of the murder weapon. Kumru makes a discovery that vindicates Kuzgun of Seref’s death.
Premiere episodes of Voëlvry air on eExtra from Mondays to Fridays at 21h30.