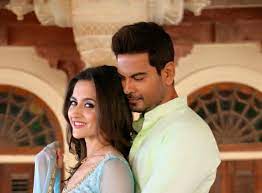 A rebroadcast of Waiting for Love starts on Star Life on Tuesday 21 September at 18h00, replacing An Unusual Tale which ends the day before.

It centres around talented actress Kamini Mathur who’s at the peak of her career as a Bollywood star.

Born to an IAS officer father in the Indian government and an artist mother, Kamini has her middle-class values firmly in place.

She’s hard-working but uncompromising towards her values and talent and struggles to find true love amidst men who are lured only by her fame and beauty.

Her search ends when Madhav enters her life.

These are the teasers in case you missed it when it first aired:

Meet Kamini Mathur, who proves herself again with her third consecutive hit! Following this, Kamini has declared the ‘Star Of The Year’ by media baron, Suyash Thakur. But, he expects a favour in return!

Suyash vows to ruin Kamini’s life. Kamini is delighted to meet Madhav, whom she loves.

Kamini loses her locket while being stuck in a sandstorm with Madhav. Is this a bad omen?

Madhav and Rajmaata see a rumour about Kamini on TV. He tells Rajmaata that he is in love with Kamini. How will she react?

Kamini learns shocking news about her affair. Later, Madhav decides to discuss his divorce with his wife, Vijayalakshmi.

Madhav refuses to rely on his father-in-law, Rana Saab for his debut election campaign. Kamini apologises to Suyash Thakur and tells her mother about her love affair.

Kamini makes a promise to her mother, to end her relationship with Madhav. As Kamini is on her way to meet Madhav, an unknown person follows her! Is she in danger?

Thakur’s agent finds out that Kamini left the city in a private aircraft. Kamini meets Vijayalakshmi, while Anu and Mili worry about the award ceremony.

Kamini is puzzled to find that Madhav has taken his ring back. Further, she tries to reveal her intentions of breaking up with Madhav.

Madhav promises to divorce his wife and requests Kamini to reconsider her decision. Later, to surprise Kamini, he takes her to the airport.
Monday 27 September 2021

Rajmaata refuses to allow Kamini as long as Vijayalakshmi stays at the palace. But, surprisingly, she invites Kamini and her family for tea!

Kamini’s father questions Madhav about his previous relationship. When Kamini’s family is about to leave, Vijayalakshmi arrives!

Kamini faints after sharing an intimate moment with Madhav. Later, Heena too faints after eating the sweets sent by Rajmaata!

An excited Kamini goes wedding shopping. Mr Mathur does not disclose about Kamini’s wedding to Mili.

Reporters spread rumours about Kamini, considering her absence on the sets! Where is she?

Vijayalakshmi removes Madhav’s belongings from the palace. Shockingly, she blames Ali Bhai for poisoning Kamini during her visit!

Vijayalakshmi banishes Ali Bhai. Kamini’s parents suggest a low key wedding but Vijayalakshmi plans for a grand anniversary celebration with Madhav.
Waiting for Love airs on Star Life from Mondays to Sundays at 18h00 and 18h30.